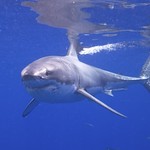 It was with dismay that we watched your latest Public Service Announcement on the Covid-19 vaccine. Conflating a serious and valid global health message with an equally serious and valid conservation challenge, using antiquated stereotypes to perpetuate a negative perception of sharks, is counterproductive to both messages.

The WHO espouses evidence-based decision-making and reporting. We therefore believe that you know the consequences of inaccurate messaging. We also believe that the WHO will know from experience that the few minutes in which an inaccurate message can be peddled takes decades of work and funding to remediate. This is no different in the conservation sector. It is therefore disheartening to see the WHO undermine credible marine science to achieve its message.

END_OF_DOCUMENT_TOKEN_TO_BE_REPLACED

How to shape a future without mining

A new paper published today by Seas At Risk warns about the disastrous environmental consequences of a new mining boom while showing how it can be prevented. Opening more mines on land and pushing mining into fragile ecosystems like the deep sea to fuel economic growth is not a realistic way forward. Concrete alternatives to this model already exist and can make mining unnecessary.

END_OF_DOCUMENT_TOKEN_TO_BE_REPLACED

The marine manager portal allows management authorities and researchers to monitor vessels involved in commercial fishing and other activities, such as tourism, oil drilling and shipping. Vessel information can be overlaid with environmental datasets such as salinity and sea surface temperatures to understand climate change impacts over time.
The first-of-its-kind technology puts scientific information at the fingertips of managers and researchers with the tools necessary to rapidly combine and analyze big data, and monitor vast ocean areas.

We would like to share with you the communications and social media toolkit which offers materials to enable you to support the launch across your channels. The shared google document includes top line messages and social media posts and assets, such as tiles and videos.

Join Seas At Risk on Tuesday, May 25 at 3-4 pm CEST for a webinar – co-hosted with Sciaena – to present the new report “At a crossroads: Europe’s role in deep-sea mining“.

The report exposes the role played by the EU, its Member States, the UK and Norway in this final mining frontier and provides a comprehensive analysis of their existing policies on deep-sea mining. It makes the case for the EU and Member States to prohibit deep-sea mining in European waters and to push for a global moratorium, as well as to set strong binding targets for material footprint reduction, including a drastic reduction in primary metals use.

Opening remarks by Seas At Risk Executive Director Monica Verbeek will be followed by an overview of the report’s main conclusions and the state of play of deep-sea mining in Europe from co-author Joám Evans.

There are less than three weeks until 8 June, make sure you have everything you need to make the most of World Ocean Day, that week, and the month of June! Check out the new 2021 Social Media Toolkit for content to post and instructions on how to join the World Ocean Day social media push! Also, download the 2021 World Ocean Day press release now and feel free to customize for your own organizations and utilize this June!

Save the date: The 2021 Youth-a-thon is happening 5-6 June! This 24-hour livestream event led and produced by youth allows young people around the world the opportunity to learn more about conservation efforts and join the movement to take action to protect our shared ocean. 24 hour schedule to be released soon!

Last but not least, don’t forget to register your event, activity or celebration now so we can promote and elevate it on the World Ocean Day social media platforms! If you have any questions leading up to 8 June, contact Emma Shahabi at eshahabi@theoceanproject.org

Attention all young professional wavemakers! Today is your last chance to apply for the #IMPAC5 Young Professionals Committee. Come together with other young people around the world to help shape the future of global ocean conservation. Applications are due tonight. For more information and details on how to apply [pointing finger emoji]: https://www.impac5.ca/young-professionals/join-the-young-professionals-committee/ 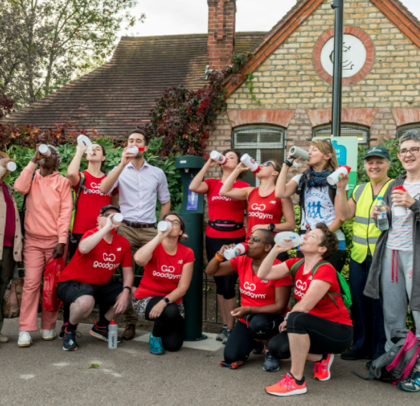 A healthy ocean makes life on earth possible, protecting us from the worst impacts of the climate crisis, and providing half of the oxygen we breathe. However, ocean plastic pollution continues to rise, undermining the health of our ocean in the face of the climate crisis. A recent report predicted that the annual flow of single-use plastic into our ocean will triple by 2040 unless urgent action is taken. While this is a global issue, innovation and creative solutions are needed at a city level – starting with London.

Almost eight billion single-use plastic bottles are bought in the UK every year, with Londoners purchasing 175 plastic water bottles on average per person annually. In recent years, London has made progress in promoting a culture of reusing and refilling, but there is still much more work to be done. Ridding London of single-use plastic water bottles would be one of the simplest and most effective things that we could do to boost our ocean’s immune system and safeguard its health for future generations.

The #OneLess campaign, together with 40 organisations working to turn the tide on marine plastic pollution, are calling on mayoral candidates to seize the London elections as an opportunity to make bigger and bolder commitments to eliminate single-use plastic water bottles in the capital.

Organisations, institutions and businesses including Selfridges, Tate, King’s College London, Surfers Against Sewage and Keep Britain Tidy, have signed a joint statement, urging the future Mayor of London to take critical action to tackle the scourge of single-use plastic water bottles across the city and specifically to:

Supporting London’s shift to a city where refilling and reusing is the norm and unnecessary single-use plastic water bottles are a thing of the past, would be an important and achievable act of ocean protection that the future Mayor of London could take. The climate and nature emergencies cannot be tackled separately; therefore safeguarding our ocean’s health for generations to come will be imperative in the face of the climate crisis.

By committing to the ambitious targets the #OneLess campaign and statement supporters have outlined, London’s future Mayor can demonstrate a commitment not only to ocean health and climate action, but also to social justice and the wellbeing of their constituents and future generations.

There is still a chance for organisations who have not yet signed on to the statement to get involved. Join #OneLess in calling on the future Mayor to protect our ocean from plastic pollution by sending your logo to oneless@zsl.org for inclusion on the joint statement.

Thanks to all our partners who have supported our campaign so far.

The #OneLess campaign has been leading the charge against ocean plastic pollution since 2016, cultivating a fundamental change in the way Londoners drink water – from single-use plastic water bottles, to reusing and refilling. Our vision is to transform London into a place where single-use bottled water is a thing of the past and where plastic waste is drastically reduced for the sake of the ocean. Find out more at https://www.onelessbottle.org/

Dear friends of the ocean,

Perhaps you know of children who would like to participate?

● Languages will be German and English

What will the workshop be about?

We will look together at the importance of the ocean for humans, discuss plastic pollution and work out possible solutions. We will then create a comic with the children. The comic will show the current state of the ocean (polluted with plastic) and a future vision (healthy, without plastic). After the workshop is finished, we will email the comic (digital file) to everyone.

What is needed: White A4 paper and coloured pencils. A mobile phone or digital camera that can be used to photograph the painted image. In order to compile the digital comic, we will ask you to send us this photo afterwards. The workshop is limited to 12 places, so early booking is recommended. After registration we will confirm your booking. The workshop is free of charge, a donation is requested. If you have any questions, please contact us at projects@ocean-now.org.

Montevideo, Uruguay (March 22, 2021)— This week, National Geographic Pristine Seas, the Organization for Cetacean Conservation (OCC) and the Government of Uruguay departed from La Paloma, in the department of Rocha, on an expedition to conduct scientific research in oceanic areas off the coast of Uruguay that are being considered for protection.

“We are very happy to finally be in Uruguay to work with local scientists in support of the conservation of the Uruguayan sea. The planet is experiencing a serious environmental crisis and the creation of marine protected areas brings enormous benefits to reduce the loss of biodiversity, mitigate climate change, produce food and provide jobs based on sustainable activities,” said Alex Muñoz, National Geographic Pristine Seas, Director of Policy, Latin America and leader of the expedition.

This will be the first expedition Pristine Seas will embark on since the beginning of the COVID-19 global pandemic. The expedition team will deploy deep sea cameras and pelagic cameras to study the research area, collect video footage and gather research to support the creation of marine reserves in Uruguay’s waters.